As usual, the media lives in its own bubble, having little understanding or sense of what grassroots conservatives, as well as other Canadians, are thinking.  The media totally misunderstood the Conservative Leadership Race.

The media believed that the Conservative party had become “modernized” (i.e. become more liberal) since the October, 2015 federal election and that social conservatives had become merely a marginal concern for the party.  How wrong they were!

The media totally underestimated the vitality and effectiveness of social conservatives.  Evidence of this attitude was apparent in comments made in the Globe and Mail by columnist, Gary Mason, who on December 8, 2016, after the second leadership debate, confidently wrote about social conservative candidate, Brad Trost, whose combined vote with another social conservative, Pierre Lemieux, ended up having 16% support on the first ballot.  Mason wrote:

Brad Trost is someone else whose political reflexes seem horribly off … if the Conservatives were smart, they would be encouraging him to drop out of the race now because his continued presence in it will be a harmful distraction.  Any political party worth its salt would want nothing to do with the man.

Brad Trost came a respectable 4th and Pierre Lemieux, 6th, of 13 candidates, overcoming Lisa Raitt and Kellie Leitch, for example, who were provided much media coverage during the campaign. 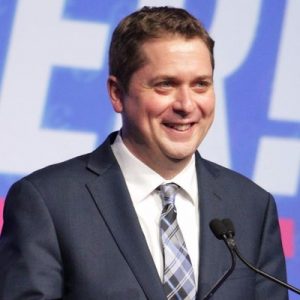 Columnist Gary Mason and other media are the ones whose political reflexes seem to be horribly off!

Andrew Scheer is 38 years old – seven years younger than Justin Trudeau.  His views are more compatible with grassroots Canadians.  Sensible, politically experienced, and caring about the ordinary Canadian.  This is unlike Justin Trudeau, who lives in a world of the wealthy and the political elites, while promoting outdated policies of another era, such as feminism and unrestricted abortion.

Canada has moved on to provide a political leader and a party which is in touch with ordinary Canadians.  It is a welcome change.