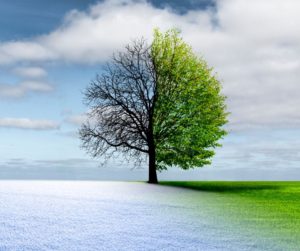 This is the first in a series of commentaries focusing on the question of culture change and how to bring about change for the better.

For some time now, REAL Women has been advocating the necessity of changing the culture in order to protect and promote true Equality, Faith, Family and Life.  At the heart of the enterprise is the conviction that ideas have consequences.  While this may seem obvious, the implications are not always appreciated.

Politics, including pro-Life politics, is very much about ideas.  Policies and regulations that follow from those ideas are very much a practical matter.  Understanding the nature of the relationship between them is crucial if one is to be successful in promoting Life and that that nature is best understood in terms of persuasion.

The late American political scientist, Joseph Overton, devised a model for understanding how ideas can change and influence both society and politics.  This model is called the “Overton Window” and is premised on the theory that politicians are limited in what policy ideas they can support at any given time.  Such support is limited to policies that have, or are perceived to have, a wide acceptance throughout society and therefore regarded as acceptable for politicians to pursue.  It is these policy choices that lie within the Overton Window.

The window is not fixed but is capable of moving (not along a horizontal axis that would imply a false dichotomy between the Left/Right, but rather up and down between Unthinkable and Popular) through the political spectrum reflecting changing views on policy choices and the underlying ideas and social values that give rise to those choices.  The point of the Overton Window is not to make a moral or practical judgement on a given policy, but rather to describe the development of the range of societal norms and values from Unthinkable to Popular that make certain policy choices possible.

At one level, the Overton Window merely confirms what we already know, i.e., that persuasion about what is acceptable makes new policy choices viable and that politicians support policies that have voter approval and therefore are most likely to get them re-elected.  At a deeper level, however, the Overton Window describes how an idea that was once regarded as “unthinkable and radical” can evolve through persuasion into something “acceptable, sensible and popular” to become policy.  The Overton Window is an important reminder that yesterday’s radical idea can become today’s accepted policy.  It is a reminder that this shift from unthinkable to accepted occurs due to changes in societal norms and values—in other words, changes in the culture.  Those changes occur through persuasion.  Without a change in those norms and values, policy change is impractical if not impossible.  The Overton Window allows us to focus on how those changes occur by identifying them.

In today’s world, moral relativism and narcissism are perhaps the two deadliest and most degrading ideas poisoning our culture.  As culture change for the better needs to start somewhere, countering both moral relativism and narcissism will be essential, and future Commentaries will specifically address these problems.  For now, it is sufficient to recall that any change in our culture for the better requires BIG IDEAS that are grounded upon truth and objective reality.  An honest and realistic appraisal of reality and the possible, ought to be preferred to a fantasy of the ideal and impossible.

With that in mind, here are a few “radical” ideas that can, in time, become once again “acceptable, sensible and popular”.

Real Change Starts With You

We can start by demanding better of our local institutions, be they our own families, our parishes or schools.  Let’s be frank, it is no good demanding better of our parish or school, if we are not also committed to ensuring that our homelife is also focused on a better culture, even if that means getting rid of cable TV, Disney Plus and/or Netflix.   And remember, its no excuse to say that you only watch PBS or A&E on cable—your cable subscription goes to all the channels in the package, even the one’s you’d never be caught dead watching!

Changing anything, whether hearts and minds or values and policies is really a matter of persuasion.  Human beings are, after all, open to persuasion on many things whether that persuasion is based on reason/logic, emotion or simply deferring to authority.  As such, we must never forget that our main task is about persuading, through reason/logic and emotion, why the Culture of Life is to be preferred to the Culture of Death.

We can think of no better way to end this article then with the persuasive words of the distinguished historian and scholar, Norman Cantor, who argued that to better society we must consciously turn

back the welfare and regulatory state from impinging drastically upon, or even in totalitarian fashion, swallowing up society in the corrosive belly of the brackish public whale represented by its self-serving bureaucrats…[because in] the model of a civil society, most good and important things take place below the universal level of the state: the family, the arts, learning, and science; business enterprise and technological progress.  These are the work of individuals and groups, and the involvement of the state is remote and disengaged.  It is the rule of law that screens out the state’s insatiable aggressiveness and corruption and gives freedom to civil society below the level of the state.