Is Safety a Virtue?

Home/Commentary/Is Safety a Virtue?
Previous Next

Is Safety a Virtue? 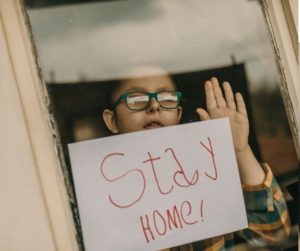 Editor’s Note:  During the COVID pandemic, safety was being promoted as the “virtue” that would get us out of the crisis. Everyone was being urged to “stay safe” by getting the COVID vaccine, masking, social distancing, avoiding interactions with friends and family, all for the greater common good of safety.  Promoting and practicing safety became the “sine qua non” . “Virtue signalling”, advertising what one was doing to promote safety, became common on social media. This writer points out that safety is not a virtue.

I heard a statement recently that got me thinking.  The statement was, “Safety is not a virtue.”

The Merriam-Webster dictionary defines “virtue” as, among other things, “1. a: conformity to a standard of right : MORALITY;  b: a particular moral excellence.”

Likewise, Merriam-Webster defines “safety” as, among other things, “1: the condition of being safe from undergoing or causing hurt, injury, or loss”.

It seems to me that at best “safety” might be considered an outcome of exercising a virtue, such as prudence, but can it be a “virtue” in itself?  Indeed, “safety” in some situations might very well amount to a vice, such as cowardice!

Nevertheless, during the last two and half years of COVID panic, it seems to me that our society has lost all perspective and has acted, and made demands, that have elevated “safety” from being an attribute of virtuous action to being an actual virtue.  The irrational and unscientific demands appear on the nightly news, either fake or real, and elsewhere on social media, for increased measures, such as lockdowns, quarantines, travel restrictions and “vaccine” mandates.  “There can never be enough safety measures in place”, is the all too familiar chorus.

These demands have been accompanied by outright intimidation fuelled by an obsession for security and safety.  The results have been that in trying to fix a supposed “problem,” we have left far too many not only feeling more anxious and less secure, but actually seriously injured and harmed.

It seems that we are now continually feeling exposed and unsafe, on the streets, in our vehicles, in public places, even in our own homes.

What is it that people are ultimately afraid of?  Death, I suppose.  In light of this fear, we have demanded to be protected at the loss of fundamental freedoms, as well as at great financial and personal costs.  The costs to industries—with supply chain interruptions, small businesses, the recreation/hospitality sector, and education, by having to adhere to and maintain government-imposed regulations and mandates, are ultimately borne by consumers and taxpayers through taxes/user fees one way or another.  In many cases, these regulations and mandates have caused serious harm and injury, the exact opposite of safety!

Has our demand for “safety”, and our government’s response, been prudent?  Wise?  In a word “virtuous”?  The only thing we know for sure is that the government has been only too willing to respond to our fears and demands, with a broader canopy of restrictions and control over our lives.

Perhaps identifying the age-old proven virtues will help us to come to a definitive conclusion to the initial question, “Is safety a virtue?”

For the Ancient Greeks, such a Plato and Aristotle, “virtue” was understood as being a character trait of the soul that fostered good behaviour and made for a happy life.  Such traits as wisdom, courage, modesty, generosity, self-control, justice and honour, had both personal and social dimensions.  Lack of virtue for the individual and/or society lead to suffering and downfall.

The four Cardinal Virtues of classic Greek philosophy (Prudence, Justice, Fortitude, and Temperance) were later added to by early Christian thinkers to include the Biblical or Theological Virtues of Faith, Hope and Love.  In doing so, such thinkers such as Ambrose, Augustine and Thomas Aquinas developed and expanded the Cardinal Virtues to be consistent with the Gospels.  It is from this that we arrive at the familiar “seven virtues” of Chastity, Temperance, Charity, Diligence, Kindness, Patience, and Humility.

For the Ancient Greeks, as well as for Christians, virtue was very much associated with what kind of person am I rather than simply what should I do.  Virtue was a character of the soul and not a matter of action.  Unless one is virtuous, one will not be able to act in a virtuous manner.

Am I anti-safety? Of course not! Do I think our children should be in proper safety seats and the general population should wear seat belts? Yes. I am not recommending throwing caution to the wind.  But following the seven virtues might at least place the onus on us and caution us to use the intelligent minds God gave us.  The ability to think for ourselves could come in handy in case the infrastructure presupposed by today’s rhetoric of “take care of me and mine”, should no longer be there for us.

It seems to me that if people would adhere to and practice the seven virtues in their daily lives, sound thinking would result, and safety would, as a consequence, follow.  As it stands now, I’m afraid it is hard to see either the actions of a majority of us, or our governments, as being prudent or wise in any virtuous sense.

In conclusion, I do not think safety can hold up to the standard of being a virtue; rather it is an attribute or consequence of virtuous conduct.  As such, all of our efforts and those of society and government will never replace sound individual thinking when it comes to safety.  Sound thinking emanates from living lives of virtue, of which faith, hope and love are three, and the greatest of these is still love.