The Powerful Role of Fathers

The Powerful Role of Fathers 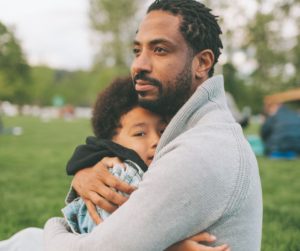 A father plays a critical role in the raising of children.

The fact is denied and covered up by TV programs and advertisements, which so often portray fathers as ignorant buffoons, who survive only by way of the efforts of their capable and wise wives.  Marxist feminists consistently object to “toxic masculinity”, demanding that men behave more like women, which they believe will eliminate the offensive, patriarchal society.

Yet, fathers matter deeply to children.  A bond between a father and child (both boys and girls) is one of the most important and influential relationships in a child’s life. This is based on the known facts that a father provides a male role model, discipline, and boundaries.  He serves as the model of masculinity, which includes an obligation to guide, provide, and to protect his wife and children.  A father sets boundaries, enforces discipline by seeking the truth, and demands his child respect his authority.  The father keeps children away from destructive influences, pornography, and drugs.  He is a teacher of what is right and wrong, and is not afraid to affirm them.  He is a role model of manliness.  Not all fathers, of course, fill this role, but most do.

As a result of his presence in the home, his children are able to enter into stable, responsible relationships in the future and his daughters are better able to choose their future husbands.

Simply put, the father plays so vital a role that his absence predicts detrimental effects on the psychological well-being of his children.  The father, however, has to be attached to the child and be involved in his child’s life in order for the child to benefit from his influence.

Research shows that without an involved father, the child is at a higher risk of consuming drugs and alcohol, having significant anxiety and depression, involvement in crime, and experiencing poor school performance.  Daughters are more likely to become pregnant in their teenage years, and have difficulty building trust in their relationships with men. The father provides a son with a model of healthy masculinity, which provides him with his sense of identity.

These conclusions are based on the literature related to a father’s absence in the home, such as the review carried out by the Journal of Child Health (JCH) in 2006, Volume 10 (#) 283-295.  Studies on fathers have been conducted by the Marriage and Religion Research Institute (MARRI).  These studies indicate that a bond between a father and child is one of the most important and influential relationships in that child’s life.

According to the 2021 Canadian census, 70.2% of Canada’s 5.978 million children aged 0 to 14 years of age, were living with both their biological or adoptive parents. The census also showed that 19.1% of children 0 to 14 were part of a lone-parent family, with 79% of these living with the mother. Therefore 902,033 children were at risk because the father was not usually present. We all know of individuals, nonetheless, who are raised by a heroic mother and are stable, but the chances of this occurring are diminished by the daily absence of a father.  The mother cannot provide a father’s role since her role is quite different.

Effects of Fatherlessness on Children

The consequences of fatherless homes have been documented in the U.S.  The data would likely be similar in Canada. The data are as follows:

On May 24, 2022, in Uvalde, Texas an 18-year old boy used a rifle to kill nineteen elementary school children and two teachers.

Eighteen year old boys have been able to buy guns in Texas for the past sixty years. Why, then, were there not other school shootings in recent years in Texas? Among the 25 most cited school shooters in the U.S. since the Columbine deaths (1999), 75% were reared in broken homes.

Politicians have been quick to suggest that gun control will solve these ghastly occurrences. It won’t.  They are ignoring numerous other red flags that arose in the Texas case, including, to the disappointment of mainstream media, that the shooter, Salvador Ramos, was not a hate filled white extremist, but was Hispanic. He grew up with numerous problems:

An intact family is the foundation of society. Fatherlessness and family breakdown are part of the tidal wave of depression in adolescence and the violence that has engulfed North American society today.  Unfortunately, intact families are becoming the exception, rather than the rule in some areas.