Prime Minister Justin Trudeau and his family travelled to India in March, 2018. During their visit they wore what they thought were “ethnic” costumes while visiting the tourist sites. Residents of India do not wear such outfits, except, occasionally, at formal weddings. Even Bollywood stars don’t wear them.
Trudeau appeared in costume day after day, sometimes changing his elaborate costumes three times a day. A columnist in the Globe and Mail described Trudeau’s costumes as having been designed by a tailor in the last stages of delirium tremens.
The Indian Prime Minister, Modi, is not friendly with the Trudeau government because he believes it is too sympathetic to the Sikh Independence Movement. It did not help that Trudeau had previously boasted that he had more Sikhs in his cabinet than Prime Minister Modi.
The final insult to Trudeau’s Indian host was that a Sikh convicted of terrorism had been invited as a guest to a reception at the Canadian Embassy. Trudeau claimed that the Indian government was responsible for the invitation. The Indian government was outraged by this allegation.
With Trudeau’s inclination to dress up for his foreign visits, cartoonists have been helpful (see below) in providing him with ideas of what to wear on foreign visits. 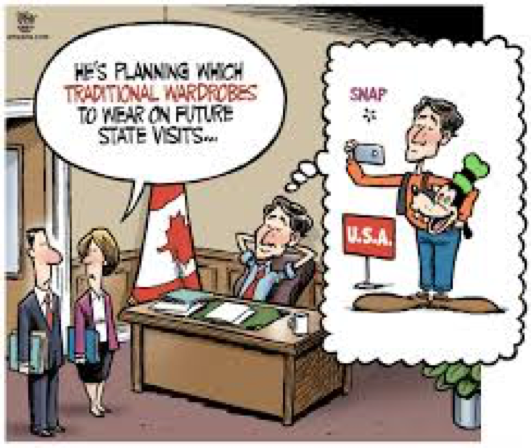 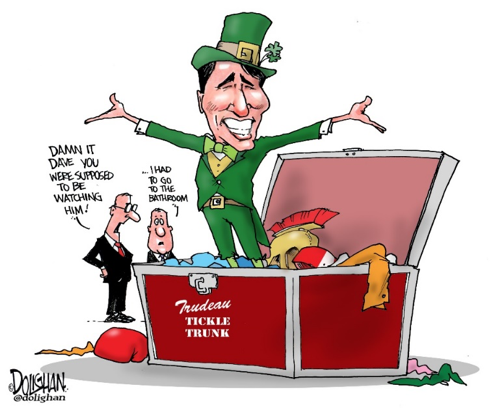 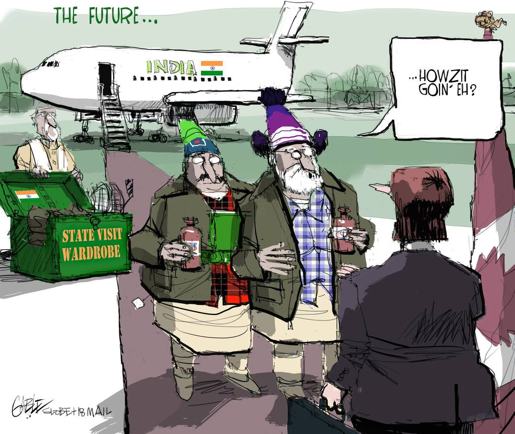 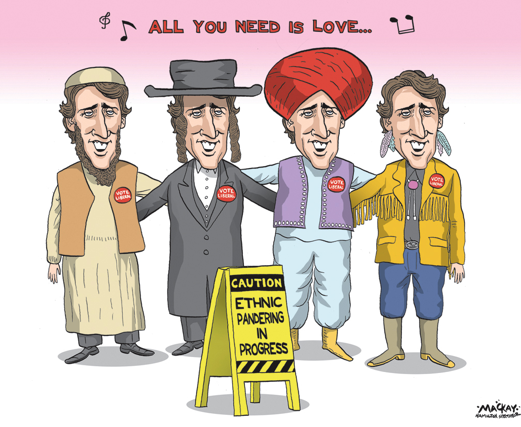