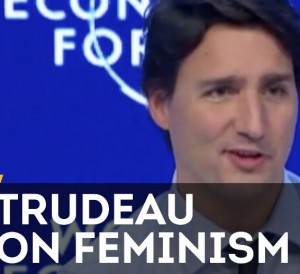 Ottawa October 11 2016 – If any proof were necessary to show that the Trudeau government is operating in the twilight zone of the past, it is the recent announcement by Status of Women Minister Patricia Hajdu, that the government will be funding ( feminist) women’s groups for advocacy activities and research.

Ms. Hajdu announced that the purpose of this funding is to encourage “diverse voices” and that the government is willing to hear from “opposing voices”. Hypocritically, she then goes on to say that she intends to listen to only feminist groups, who will be the sole recipients of this largesse.

This policy is strikingly discriminatory and prejudicial against all the many Canadian women who do not agree with the feminist ideology. Should not the views of all women be of interest to this government?  Are not all women supposed to be recognized as equal and treated with dignity and respect?  Apparently not in Justin Trudeau’s government in which only feminist women are to be granted special rights and advantages.

The Trudeau government does not appear to be aware of the fact that Canadian women do not all think alike. Their views differ according to their social, economic, religious and cultural backgrounds, the same as men.  Just as no men’s group can claim that it represents the views of all males in Canada, similarly, feminist groups cannot claim that their ideological views represent the views of all Canadian women.  To suggest this is to insult both the intelligence and integrity of women.  Feminist views are just a single thread among the many threads that make up the fabric of women’s views.

It appears that the Trudeau government is caught in a time warp of the 1970’s and 1980’s in its belief that the only women of value are feminists. Women today, however, have moved on from the calcified feminist policies of the past, and have more pressing concerns such as the economy, jobs, balancing work with family, terrorism, etc.  Trudeau’s feminist policies are not progressive but are regressive, invoking the past.

Taxpayers fund the Status of Women with $31 million annually, $19 million of which is comprised of grants to feminist groups exclusively. The feminist agenda is based on the premise that women are “victims” oppressed by a patriarchal society and that they require special protection.  On the contrary, most women today with a few exceptions, such as aboriginal women, are perfectly capable of standing up for themselves, and do so.  We are not shrinking violets.

Trudeau should stop looking through the rear-view mirror to the past and should instead, move on and look to the future.