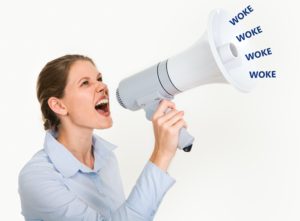 The Conservative Party under Erin O’Toole has made it clear that it has no use for social conservatives. Apparently, it embraces left-wing woke extremists like Calgary MP Michelle Rempel (Calgary Nose Hill).

Ms. Rempel tweeted, on June 8, 2021 “Yes. I humble myself and ask forgiveness, and seek to make things right. I have privilege; I am cis/straight/white. But I am also a woman who works in a system dominated by white maleness. But no excuses. I will do what I can. That is all I can do, but it is much.”

Why is Ms. Rempel groveling before the revolutionary left about the purity of her thought and actions in support of the woke culture? It certainly couldn’t be to impress the sensible voters in her riding. Is it the left and mainstream media to which she is being so servile, hoping that they will treat her nicely? Is she trying to establish her solidarity with the Liberals and the NPD?

It is curious that Rempel is a member of a political party that carries the label “Conservative”: certainly a misnomer. The party has also given her a high profile denied to others with more conservative stature and maturity. She is a frequent spokesperson for the party.

Ms. Rempel’s fawning declaration indicates that she may be progressive, but is far removed from common-sense, good judgement, and does not possess the tiniest understanding of her role as an MP, which is to represent her constituents, not her leftist self.