Day Care Spaces Are Not The Solution To Economic Recovery

Day Care Spaces Are Not The Solution To Economic Recovery 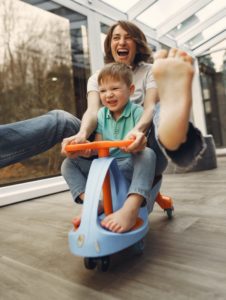 Canadians were told time and time again that the pandemic restrictions have directly affected women more than men. Feminist economist, Armine Yalnizyan, who came up with the notion that women experienced more difficulties than men and called this “she-session”, provided a goldmine for the Liberal government which jumped onto her convenient study as a reason for Canada embarking on a 30 billion dollar national day care program. This was supposedly to assist women to return to paid employment. Yalnizyan has an association since 1993, with the strident leftist organization Canadian Centre for Policy Alternatives.

Sober reflection of the alarming theory put forward by Yalnizyan, as well as careful analysis by other economists, has established that it is not gender, after all, but the education level of the workers that makes a difference in employment. For example, in May 2021, the employment rate of highly educated women with children under 13 was higher than in May 2019. Highly educated fathers did well, but not quite as well as equally educated mothers.

Contrary to Finance Minister Chrystia Freeland’s adamant assertion, in her April 2021 budget speech, that more day care spaces will send women back to paid employment, that is not the primary solution to economic recovery.

Rather, both male and female workers, who are bearing the brunt of unemployment, should be targeted for job retraining in order to speed up the economy. It is individuals working in low paying jobs such as retail, the service sector, and construction, who need assistance. It is not high-flying, well-paid professional women. It seems, as usual, that feminists, such as Ms. Freeland and Yalnizyan, are concerned only with women such as themselves, well-educated professionals. Neither care nor seem to understand the reality experienced by other women.