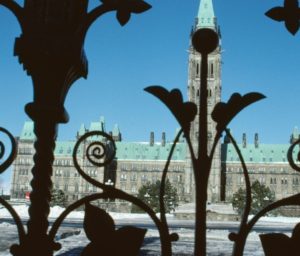 The mainstream media has written much about the implications of NDP leader Jagmeet Singh’s agreement to support Trudeau’s Liberal minority government so that it can remain in power until the next federal election in 2025.

The mainstream media, which are on Trudeau’s payroll, have failed to mention in their many articles the most likely reason why this agreement was made.  The reason for the agreement may be that Trudeau will step down as Prime Minister within the next year.  The party wants to protect itself during this critical transition period.  The mainstream media have not disclosed this reason because, typically, they cover up for Trudeau. They did not want Trudeau, their benefactor, to be seen as a “lame duck” Prime Minister.  Better to remain silent as to what may be behind this provocative agreement.

An exception to this silence was an article written by Toronto Sun columnist, Warren Kinsella, published on March 23, 2022.  Kinsella, a former advisor to Prime Minister Jean Chretien, heartily dislikes Trudeau.  Therefore, he was willing to admit that Trudeau will likely be stepping down as Prime Minister and that was the reason behind the agreement.

The Reasons Trudeau May Resign as Prime Minister

There are a number of reasons why Trudeau may resign as Prime Minister:

The Croatian independent MEP, Mislav Kolakušić, in a video response to Trudeau’s speech, viewed 1.5 million times, and which garnered over 50,000 “likes” on Twitter, described Trudeau’s undemocratic reaction to the convoy as “dictatorship of the worst kind”.  Four other EU parliamentarians also criticized Trudeau directly after his speech, in his presence.  A Romanian parliamentarian stated that he chose to be absent from Parliament when Trudeau spoke and he issued a letter accusing Trudeau of abandoning the true Western values of democracy.  Trudeau remained expressionless during these harsh, public criticisms of him.

A parliamentarian in Ireland requested the condemnation of Canada for its suppression of the peaceful convoy protests.  On February 22, 2022, an independent Irish senator, Sharon Keogan, spoke to the Irish Upper House, stating that a human rights abuse had occurred in Ottawa when the well-publicized, high profile, peaceful protest was violently suppressed by the Trudeau government. She further stated that such a reaction could be happening in Russia, but should not be in a supposedly liberal democracy like Canada. She called upon the leader of the Irish Upper House to write to the Canadian ambassador in Ireland to condemn the excessive force and overreach of the Trudeau government.

If Trudeau steps down as Prime Minister, the important question is, who will succeed him?  Deputy Prime Minister and Minister of Finance, Chrystia Freeland, is the logical heir to Trudeau.  However, she is a cold-blooded, dangerous politician carrying considerable unpleasant baggage.  She is, in fact, a female clone of all that is despised about Trudeau.

Her loyalties are not with Canada, but with the World Economic Forum (WEF).  She serves on its board of trustees.  Freeland and Trudeau are closely associated with George Soros. (See REALity article July 8, 2020, https://realwomenofcanada.ca/canadian-connection-to-george-soros-revolution/.)  Soros is a U.S. multi-billionaire, who is using his vast fortune to change the world according to a leftist, socialist agenda.  Freeland has written the authorized biography on Soros.  Freeland can be described as an unblinking cobra hiding in the grass, ready to strike her vicious fangs into anyone who obstructs her agenda.  This occurred under the Emergencies Act, when she was disinterested in the harm she had caused to individuals and their families when she ruthlessly froze their bank accounts.

If, because of her notorious history, Freeland is not selected as the next Liberal leader, there will be other Liberals waiting in the wings to jump into a leadership race.

Soon, Canada will likely be entering a period of realignment of its political leaders.  The Conservatives are already undergoing a leadership race, the Liberals may well follow suit. (The Liberals are planning a Policy Convention in May 2023, at which anything can happen). NDP leader, Jagmeet Singh, blew all the goodwill he had because of this NDP-Trudeau agreement.  He has separated the party from its roots of promoting the ordinary, working man and woman, and instead, as an elitist, has changed the NDP into an elitist party, out of touch with ordinary Canadians.

It seems Canada may be entering into an interesting, but chaotic, political future.