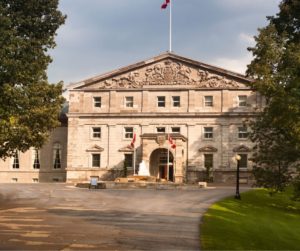 Julie Payette’s tumultuous term as Governor-General, from July 2017 to January 2021, has led to still more costs for the taxpayers.

Payette was appointed Governor-General by Justin Trudeau.  He looked at her resume, which included the fact that she was female, an engineer, astronaut, and bilingual.  Perfect. What could possibly go wrong? Plenty it seems. In his enthusiasm to appoint her, Trudeau failed to look at her background.  If he had, he would have learned that she has a toxic personality, unable to get along with people, and, therefore, totally unsuitable for the role of Governor-General.

As Governor-General, Payette avoided as many of her duties as possible and refused to live in the official residence at Rideau Hall (allegedly for privacy reasons).  Soon the work environment around her deteriorated to such an extent that the government was forced to retain a consulting firm to investigate the toxic situation.  In its review, the consulting firm interviewed more than ninety past and current employees at Rideau Hall and reported instances of “yelling, screaming, aggressive conduct, demeaning comments, and public humiliation”.  As a result of these findings, Payette resigned as Governor-General in January 2021.

However, this was not the end of her expenses.  The Public Accounts’ report was released in December 2021, and records that $277,592 was paid out to five claimants employed at Rideau Hall.  This amount is by far the highest paid out by the government in settlements over one year.

Despite resigning from her position, Payette is thriving on the taxpayers’ money.  Although she did not complete her term of office, she still qualifies for a lifetime pension of $150,000 per year, and is eligible to claim “expenses” for the rest of her life in the amount of $206,000 per year, for which she is not required to provide receipts. Former Governor-General, Adrienne Clarkson racked up more than $1 million dollars in expenses after she left office in 2005. Her expenses included meals, plane tickets, and hotel rooms.  Why is she being permitted to indulge herself by abusing taxpayers’ money this way?

Instead, Payette’s misadventures as Governor-General are just like those of former Governors-General, Adrienne Clarkson (1999-2005) and Michaëlle Jean (2005-2010), They were both highly pretentious and were perceived to enjoy the money and prestige of the position, with little interest in actually serving the public.

This reprehensible abuse of taxpayers by the excessive funding to former Governors-General must be corrected.  There is little likelihood, however, that Trudeau will have the backbone to do so. He lacks common sense and especially any sense about money.

In June 2021, during the previous Parliament, Conservative MP, Marilyn Gladu (Sarnia-Lambton) introduced a private member’s bill that sought to ensure the Governors-General do not qualify for a lifetime pension and expense entitlement unless they have fully served their full term.  The bill died when a new election was called in August 2021.

It’s time that this matter be examined again and direct action taken against this abuse.