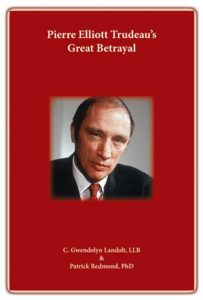 Written by C. Gwendolyn Landolt, National Vice President of REAL Women of Canada and Patrick Redmond, this book is about the history of abortion in Canada. Released  May 30, 2017
In Canada, abortion was included in the Canadian Criminal Code when it was passed in 1892. From 1969 to 1982, dramatic changes took place on the abortion issue. A great betrayal of the Christian principles upon which Canada was founded took place. The Liberals, under Prime Minister Pierre Trudeau, passed an Omnibus Bill in 1969 legalizing abortion under certain conditions. Again under Trudeau, another negative milestone was reached when the Liberal government passed the Charter of Rights in 1982. This constitutional change led the Supreme Court of Canada to remove all protection from the unborn and allowed abortion on demand, up to, during, and after the birth of the child. This study is about those who knew what was happening and who fought to stop it.
Review by Dan Di Rocco, The Interim, June 21 2017  Click here
Review by Douglas Alderson, the Quarterly Ledger, July 2017  Click Here
Review by Lou Iacobelli, July 13, 2017 Click here

Review By Diane Watts, to be published in REALity Newsletter September 2017, Click here

Available at Amazon.ca
Check out our free gift for your donation of $100.00 or more to REAL Woman of Canada.
For online donation use promotion code PET2017 in the box marked “purpose”.  CLICK HERE 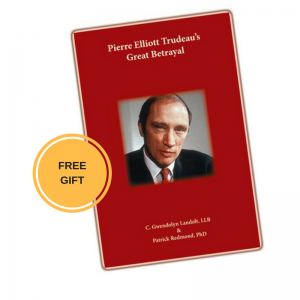