Marriage
A stable marriage is the key to holding society together.  It provides the best world for adults and children.  Marriage is also the best education, health and welfare system that mankind has ever devised.

Below is a summary of the opening address by Janice Crouse, Executive Director of the World Congress of Families, held in Salt Lake City, Utah, in October 2015.  In her address Janice outlines the astounding advantages of stable marriages.

Our dilemma as a society is to determine how we can best encourage and promote the development of stable marriages.  It’s our challenge. 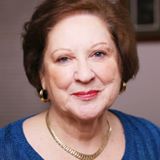 Everyone understands that we are gathered at a pivotal time.  Marriage rates are now half of 1969 levels. Fewer people are getting married and they are waiting longer to get married. Divorce rates are 60 percent higher than in the 1960s. Nearly half of the 500 young adults interviewed by an internet matchmaking service said they had ever observed even a single happy marriage.

Even so, when Time magazine ran a cover story, “Does Marriage Matter?” they concluded, “There is no other single force causing as much measurable hardship and human misery as the collapse of marriage.”

The Washington Post reported on new research: “States with a high concentration of married couples experience faster economic growth, less child poverty and more economic mobility than states where fewer adults are married — even after controlling for a variety of economic and demographic factors.

“What might be behind those links? The researchers suggest that it’s the effects of marriage on men – particularly younger, lower-educated men. They believe getting married and becoming a father (in that order) motivates those men to work more hours, bargain for more money and make better strategic decisions … to improve their earning power.”

Throughout history, across civilizations and cultures, marriage and family have been the foundations of nations.  It is very significant that all civilized societies have treated marriage as a special institution and favored contract.  Marriage is – by its very origin and nature – a contract and covenant rooted in natural law.

The social science research is very clear and unequivocal:  A married mom-and-dad family conveys on their children significant educational and cultural advantages, as well as superior outcomes on every measurable variable, over ALL other household arrangements – by wide margins.

Marriage is also best for adults – but, unlike the benefits for children (that are the same for boys and girls) the benefits of marriage for adults are very gender-specific.

Women are safer in marriage; women are 62 percent more likely to be abused by a live-in boyfriend than a husband. Married women are better off than their single counterparts in numerous ways, including financially, having better health, and experiencing greater well-being.

Married men are healthier and live longer. Married men have more stable employment and higher earnings; married men have greater wealth than single men.  In fact marriage increases a man’s income as much as a college education.

Economists use an interesting – and very revealing –– term: the “marriage premium” to describe the benefits of marriage in financial terms.  They document the fact that marriage is more than an emotional relationship; it is an economic partnership and a social safety net.  That benefit is, perhaps, seen most clearly by looking at how the decline in marriage and the breakdown of family hits everyone’s pocketbooks.

There is a clear and inextricable link between the breakdown of marriage, the slowdown of economic growth and the increasingly burdensome taxes required to finance the exorbitant growth in the need for social safety nets and the unprecedented increase in dependency.

Just look at a few of the dimensions of family breakdown that affect all dimensions of well-being of everyone –– divorce, unwed childbearing, crime, drug abuse, school drop outs,  domestic violence,  child abuse, chronic illness, poverty, foster care, and on and on the list goes.

But the costs are not just financial; the costs in human capital are also exorbitant.  Marriage is the social glue that binds people together.  A healthy caring family is where dialogue and compromise are learned. Marriage and the family are so important in people’s financial, social and psychological well-being that they have been called “the original U.S. Department of Health and Human Services.”

We are gathered here at Salt Lake City to work together across our various cultural differences to create a world where positive messages about the value of families will prevail.

If we reach the culture in a transformational manner – we will have a revitalizing impact on the next generation of world leaders.  We are pleased to have 500 of those future world leaders among us this week.

Through our work now and through them as they take our places of leadership, we will see the kind of future that we all envision for our individual homelands and the world.