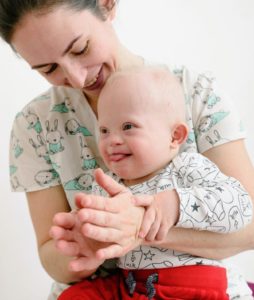 Each day brings more dispiriting information.  Mixed in with this news, however, is some very good news that the biased, mainstream media do not print, or if they do, publish only obscurely in the back pages of their publications.  This is because these news items contradict the woke culture, which the media do not want to become public knowledge.

REAL Women is delighted to report on good news. The pro-life, pro-family voice has not been silenced at all.  We bring this information, not just because it is cheering news, but also because it provides evidence that vigorous, positive activity is occurring despite seemingly dark days.  Some of the good news items include the following:

In 2018, Prime Minister Justin Trudeau changed the requirements for the Summer Jobs Program to require all recipients to sign an attestation that they support Liberal policies on abortion, same-sex marriage, etc.  This attestation was met with strong resistance by many individuals and organizations across Canada, which did not support these offensive moral positions.  Trudeau tried to soften his requirements, in December 2019, by re-wording the application forms. However, this did not make any substantial difference since it still required adherence to unacceptable moral policies.  As a result, several organizations challenged Trudeau’s discriminatory policies in the courts.

In regard to the Mill Stream Bible Camp, Mr. Justice Mosley concluded that it also had been unfairly denied funds because of its Christian beliefs.  The judge also ordered the federal government to pay the legal costs of the Bible Camp.

Toronto Right to Life has brought another court challenge in regard to the Canada Summer Jobs policy, arguing that the government had ignored the Charter Rights to freedom of religion and beliefs. This decision will likely be released sometime this fall.

In August 2020, a medical student at the University of Manitoba, Rafael Zaki, a member of the Coptic Christian faith, expressed his pro-life views on Facebook. His posts received anonymous complaints to the University. The complainants brought Mr. Zaki before top medical faculty members, accusing him of being unprofessional (such a description would include thousands of accredited physicians in Canada, who are pro-life) and misogynistic, and stated he was “disrupting the learning atmosphere at the University of Manitoba.” The university then expelled him from the only medical school in Manitoba.

Mr. Zaki brought a legal challenge before the Manitoba Court of Queen’s Bench, claiming he was expelled “for holding conscientious and religious beliefs that abortion is harmful.”

The judge concluded that the university had failed to consider the student’s Charter Rights to freedom of expression and that the student would not and could not change his deeply held pro-life religious beliefs.”  Mr. Zaki had stated, in his affidavit before the Court that, “being a Coptic Christian is the very essence of my being, and I cannot be separated from my faith.”

Although the U.S. Democratic Party has control of the House of Representatives and the White House, Republicans on the state level have not been idle. They have turned 2021 into a year of great progress for the pro-life movement.

In addition, the U.S. Supreme Court has agreed to hear a case from Mississippi in regard to its fifteen-week abortion ban law.

There is no doubt that the momentum in the U.S. is now on the side of the pro-life movement.

Further, 82 members of Congress from both the U.S. House of Representatives and the Senate have asked the U.S. Supreme Court to uphold the Arkansas law.  In their letter, the lawmakers said, “performing an abortion on the basis of a disability disregards the dignity of those with disabilities and perpetuates abortion as a ‘tool of modern-day eugenics’”.

Labour MP, Diana Johnson, was forced to withdraw her amendment to the abortion law for any reason up to birth.  Her bill would have made the U.K. Abortion Act redundant by removing all current legal safeguards intended to protect women.

Over 800 medical professionals demanded that the MP withdraw her amendment, stating in a public letter, “Your proposal to allow abortion up to birth in this country would be to attack the heart of the medical profession:  our core duty to protect life whenever and wherever possible.”

When Evangelist Franklin Graham organized a speaking tour of England in 2018, the Blackpool City Council ordered a local Christian festival, involving 200 churches, to remove its advertisements for the festival because it highlighted Mr. Graham as the guest speaker.  Mr. Graham has a biblical view on marriage and sexuality.  The Manchester County Court ruled the Blackpool City Council had shown “wholesale disregard for the right to freedom of expression” by ordering the removal of the advertisements and for its action, ordered the City Council to apologize and pay £25,000 ($43,600 CAD) in damages and £84,000 in costs ($146,500 CAD).

The Court stated that the City Council’s actions were “the antithesis of the manner in which a public authority should behave in a democracy.”  The judge also criticized the Council for wrongly characterizing Franklin Graham’s belief on marriage between one man and one woman as “extremist”.

A review ordered by the Ministry of Housing, in November 2020, concluded that women need safe spaces, given their particular health and sanitary needs and that they feel less comfortable using mixed-sex facilities.  Communities Secretary, Robert Jenrick, has now ordered that toilets in workplace offices, shops, entertainment venues, and hospitals be gender specific, requiring mandatory, major refurbishment in all public places.

An alliance of four Central European nations, known as the “Visegrad Group” (Hungary, Poland, Slovakia and the Czech Republic), has launched a Coalition for the Family in order to protect and promote it.  Polish Prime Minister, Mateusz Morawiecki, who hosted the launch, stated, “A society without families would be like civilization without culture, or mathematics without numbers.”

These four countries had, in the past, been subjected to oppression under Nazism and Communism. As a result, they have acquired a keen appreciation of the indispensable role of the family in society, which they regard as essential for their national survival.  The coalition stands like a lighthouse, not just for Europe, but for the world. These countries are now enacting laws creating an intensive legal and cultural fortress for the family. This initiative includes a constitutional commitment to protect marriage as a union between a man and a woman.

Lithuania is traditionally a Catholic country, but the current government has been pushing an LGBT agenda. Parliament drafted legislation allowing civil unions for same-sex couples even though a 2019 survey indicated that 70% of Lithuanians opposed the proposed legislation.  In response to this legislation, Lithuanian citizens organized the “Great Family Defense March” on May 15, 2021, the first large-scale protest in many years. Approximately 10,000 citizens travelled to the capital city, Vilnius, with people driving to the city, forming car lineups several miles long.

The bill to allow civil unions for same-sex couples failed to clear its first Parliamentary hurdle on May 25, 2021.  Parliamentarians in support of same-sex marriage, however, vow to introduce the bill again, but they plan to make changes in it to gain more support. There appears to be a remarkable disagreement over this issue, judging from the different positions on same-sex marriage taken by the Lithuanian Prime Minister and the President.  The Prime Minister, Ingrida Simonyte, strongly supports the bill, but Lithuanian President, Gitanas Nauseda, who spoke at the march, stated that he promised to do his best to uphold traditional marriage between one man and one woman. He stated, “As President, I will use my powers for this to be realized.”

The above are only a few of the positive developments that are occurring around the world, despite the refusal of much of the media to publish them.

The pro-life/family spirit will never collapse.  It continues its work, often silently, but always efficiently and effectively around the world.