Abortion Jumps out of the Bag

Abortion Jumps out of the Bag 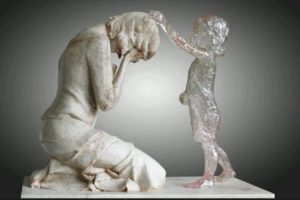 On May 2, 2022, there was a leak of a pending U. S. Supreme Court opinion to reverse Roe v. Wade, in which the Supreme Court had, instead of interpreting the law, decided to move into public policy on abortion. The Court set out the circumstance under which abortion could henceforth be obtained. The decision was not based on sound legal reasoning as there was no provision in the U. S. Constitution to allow abortion. Consequently, the judges based their decision on an heretofore unknown “right to privacy”. The judges just arbitrarily decided that such a right existed.

A dissenting judge in that case, Justice Byron White, called out the judges for what they had done, stating that the decision represented “the exercise of raw judicial power”.

High profile constitutional scholars in the U. S., who are personally pro-abortion, have also found the Roe decision to be unacceptable and “not constitutional law” at all. No less than the idolized feminist judge, the late Ruth Bader Ginsburg, a strong supporter of abortion, objected to the court’s heavy-handed approach to abortion in Roe v. Wade, which decision she called “extreme” and “a mistake”, and which led to the rise of the pro-life movement.

In essence, the Roe v. Wade decision was legally unstable. That it survived as long as it has, is surprising. Far from settling the issue forever, as was predicted at that time, the decision inflamed the debate and greatly affected the U. S. political culture for half a century.

If the leaked decision on Roe v. Wade holds, it will result in returning the decision on abortion to state legislatures rather than remaining a constitutional right decided at the federal level. Already, according to the former research arm of Planned Parenthood, the Guttmacher Institute in New York, 26 states have passed trigger legislation that will ban or heavily restrict abortion once Roe v. Wade is overturned. California and New York, on the other hand, have “codified” Roe v. Wade in their legislation so that these states will be an abortion free-for-all.

The multi-billion dollar U. S. abortion industry is infuriated that the overturning of Roe v. Wade will vastly reduce its profits. All their energies have been primarily directed at keeping the industry flourishing in order to keep the money flowing. That is why it has demanded abortion bubble zone laws to keep away those who want to reach out to pregnant women to help them avoid abortion. Abortion activists repeatedly lie about pregnancy counselling centres, claiming they provide women with “misinformation”. To ensure the continuation of its business, the industry intensely promotes sex education programs in schools to encourage sexual activity. Increased sexual activity increases the chances of pregnancy and profits for them.

With the possible overturning of Roe v. Wade, the U. S. abortion industry announced it will be spending $150 million in the U. S. mid-term elections in November, to ensure the election of pro-abortion candidates who will fight to preserve their industry.

The mainstream media, which never has a thought independent of the woke culture, does what it can to whip up pro-abortion sentiment, and cover up the horror of abortion and its detrimental effect on society and women.

Liberals and NDP –One Party

Justin Trudeau, as usual, lacks any understanding of the abortion issue (as with most other issues) and thinks that the decision of the U. S. Supreme Court may apply here, and that women in Canada might lose their “right” to abortion if Roe v. Wade is overturned. This is absurd. As a result, Trudeau has put on his tin hat, jumped on his little bandwagon, and bravely brandished his tin sword claiming that he will fight for a woman’s “right” to abortion. When asked what he would do, he said he didn’t rightly know just yet, but would look into it. Should he try to codify abortion, this will stir up a vigorous long-overdue debate on the issue in this country.

NDP leader Jagmeet Singh (a lawyer), at least had the intelligence to know that the U. S. Supreme Court decision in Roe v. Wade did not apply to Canada, but dutifully stated that access to abortion was unequal in Canada and abortion must be expanded. As Trudeau’s political support staff, he was robotically doing his by job backing Trudeau.

A female Bloc Quebecois MP, Christine Normandin, put forward a motion in the House of Commons to reaffirm support for a woman’s right to abortion. Some very clear “no’s” were heard very loudly in the chamber from the Conservative benches, thereby denying the unanimous consent necessary to carry the motion.

The interim leader of the Conservative Party, MP Candice Bergen, (Portage—Lisgar, Manitoba), who is pro-life, advised her caucus to keep silent on the U. S. Supreme Court leak on Roe v. Wade. There are at least 39 members of the conservative caucus who are solidly pro-life.

The Conservative Party Has Changed

The party has changed since the removal of its last leader Erin O’Toole, who belligerently proclaimed on all possible occasions, that he was, naturally, “pro-choice”. The leader who preceded him, Andrew Sheer, who was pro-life, was incoherent on the subject when questioned by the media. To be explicitly pro-life under the Red Tories was a definite “no-no”.

O’Toole’s blatant support for abortion aroused the ire of social conservatives, and was a major consideration in his removal as leader.

Consequently, the conservative candidates in the current leadership race have been, all but Leslyn Lewis, pro-abortion, while being very very careful on the abortion issue. They act as though they are walking on a floor of marbles when the issue arises, slipping and sliding very carefully.

An exception in this leadership race is old time politician, Jean Charest, a voice from the past. He seems to be bewildered and confused by the new Conservative Party.  When abortion was raised, he replied monotonously with the old standard response that it was a “woman’s choice” (he hasn’t thought about the issue for years).  Previously, as a political elite, everyone listened to Charest, but today, nobody listens to him. That the Red Tories brought Jean Charest out of moth balls to represent them in the leadership race is a telling sign of their loss of influence and control over the party.

One thing is certain, the abortion issue is not done yet, either in Canada or the U.S.