A Win for Palliative Care, a Win for Life

Home/Current Newsletter Articles/A Win for Palliative Care, a Win for Life
Previous Next

A Win for Palliative Care, a Win for Life 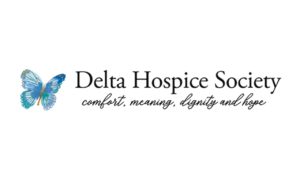 There is a great need in Canada to fight for life until its natural end. This struggle includes providing palliative care rather than euthanasia to dying patients. Such a struggle occurred recently in B.C. when the NDP government tried to force a palliative care facility to provide some of its beds for euthanasia patients. This was based on the fact that the Trudeau government had passed legislation in 2016, called Medical Assistance in Dying (MAID). The MAID legislation established the right of physicians to be paid for services under the health care system, to “treat” a qualified patient by killing him with a lethal injection. In contrast, palliative care has not been similarly recognized as a legal right or funded or protected by legislation. As a consequence, palliative care is only available, at best, for 30% of the population.

The MAID legislation is misleadingly called “Medical Assistance in Dying (MAID)” to cover up the horror of the procedure, which allows a physician to “treat” patients by killing them.

A Struggle for Life

The NDP government insisted that the palliative care hospice in Delta BC, operated by the Delta Hospice Society, provide beds for euthanasia patients. The valiant and courageous society refused to do so because assisted suicide is incompatible with palliative care. This refusal led to the NDP government confiscating the facility and its considerable assets, most of it provided by private donations.

Supporters of the pro-death organization, Death with Dignity, took advantage of the tense situation, by attempting a hostile takeover of the Delta Hospice Society. Before the attempted takeover, membership in the society consisted only of 160 members. By April 2020, the society had over 1400 members, many of whom were MAID activists. The latter had gone door to door in the community misinforming residents of the facts and the purpose of the society. Newspapers published articles and comments, which attempted to poison the community against the hospice. Threatening letters were sent to the pro-life board members, demanding that they not resist the takeover.

The Delta Hospice Society refused to be destroyed by this offensive behaviour, and courageously continued to provide palliative care in accordance with its principles of protecting the dignity of human life until its natural end. It was fortunate that, despite the confiscation of its building and contents by the BC government, the society had other assets including a thrift store on the property that it owned, and had health programs that could continue to be delivered.

Death with Dignity continued to stalk the hospice. In June 2021, Death with Dignity demanded that the facility hold an in-person annual meeting, rather than an electronic annual meeting of its members. The euthanasia death group wanted to prevent the electronic general meeting, which would accommodate the many pro-life members from across Canada, who would not be physically able to attend in BC. The Delta Hospice Society appealed the matter of the AGM to the Supreme Court of BC, which, on July 13th, 2021, ruled that an electronic special general meeting was acceptable if approved by its members.

The All Important General Meeting

On April 2nd, 2022 an electronic annual meeting was held by the Delta Hospice Society. Thanks to the many dedicated, loyal, pro-life members of the society from across Canada (over five thousand participated in the meeting) a pro-life Board of Directors was elected and a new constitution and by-laws were passed, which protected the society from having to accept pro-death members. These measures were passed by a significant majority of 75% of the participants.

The decision by the Delta Hospice Society to protect the principles of palliative care is of outmost significance. It has prevented not only this facility from providing beds for assisted suicide, but also has prevented other palliative care facilities from having to do the same. If the vote had gone the other way, palliative care would eventually have been extinguished in Canada, as pro-death advocates, together with the government, would have overtaken the system.

The advocates for death now know that any attempt to take over palliative care facilities will be met with fierce resistance. Our deepest thanks to the Delta Hospice Society for its courage and determination to save palliative care. Both resulted in an outstanding victory for life and human dignity.