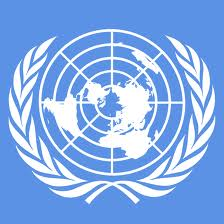 By Wendy Wright. November 15, 2012.  Parroting UNFPA’s talking point, news stories on the UN’s family planning agency’s annual report focus on the claim that contraception is a human right. The media seem unconcerned that UNFPA has no authority to declare anything a human right, and rather naive in not seeing the crass self-interest inherent in demanding the products and services supplied by UNFPA are a “right.”

How much will this “right” cost others? UNFPA is demanding an additional $8 billion for contraceptives – per year!

As we discussed it in the office, Austin Ruse, president of C-FAM, made a salient point:

“The suggestion that contraception is a human right is part of the false and lying echo chamber at the UN over human rights. It is precisely such debasement of authentic human rights which puts people in the developing world in grave danger. Human rights are about freedom of religion, democratic self-determination, freedom of assembly, things that people all around the world agree with, and not something so controversial and divisive as a right to contraception. Many people may consider contraception to be acceptable, but even they would doubt that it rises to a level of human rights.”

Source: www.turtlebayandbeyond.com
Turtle Bay and Beyond is a blog covering international law, policy and institutions.