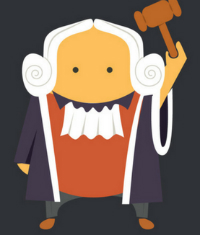 In order that courts function properly, it is critical that there be wide-spread trust in the appointed judges.  Prime Minister Justin Trudeau has destroyed that trust.

In June, 2016 his Liberal government announced fifteen new appointments to the Bench, ten of whom were female, including a known lesbian and also hard-line feminist activist, (both appointed to Alberta courts).   Included as well, was an Aboriginal and an individual from an Asian visible minority, together with former Liberal candidates and supporters.  It is apparent from these appointments that, judicial “merit” under Trudeau is determined by the candidate’s ideology and colour, rather than his/her capability.

Judges occupy high public office, making decisions that affect people’s liberty and the quality of their community life.  In holding such enormous power, by way of their high public office, they must deserve their position.  Trudeau’s recent appointments to the judiciary indicate they do not deserve their appointments.  They are clearly intensely partisan, and have been appointed to their position because of their left-wing ideology and activism.  These appointments were made in order to support and ensure Trudeau’s determination to change Canada’s values to match his own personal, “progressive” perspective.

Oddly enough, the Conservatives under Prime Minister Stephen Harper seldom played this partisan game in making judicial appointments.  It did occur in some instances, but these appointments were noteworthy by their rarity.  On the other hand, Liberal prime ministers over the years have, with few exceptions, used judicial appointments to promote their friends and supporters. An egregious example of this was Liberal Justice Minister Irwin Cotler, who, in just two years as Justice Minister (2004-2006), appointed to the Bench his former Executive Assistant, his former Chief of Staff, the wife (Rosalie Abella) of his good friend, Irving Abella, who was a fellow member of the Canadian Jewish Congress, plus an assortment of Liberal fundraisers, campaign workers, defeated Liberal candidates and other partisans. (Source: Lawyers Weekly, May 20th, 2005).

1. Bertha Wilson – She was the first woman appointed to the Supreme Court in 1982.  Her appointment was recommended and approved by the radical feminist organization The National Action Committee on the Status of Women (NAC). Her judgment in the 1988 Morgentaler abortion decision was a feminist polemic, lacking entirely in legal merit or reasoning.  Judge Wilson gave a speech in 1990 at Osgoode Hall in which she claimed that the criminal law had a “distinctly male perspective” leading to legal principles that were “not fundamentally sound”.  She recommended that the criminal law should be changed to accommodate “the nature of women and women’s sexuality”.

Judge Wilson also chaired a $400,000 task force sponsored by the Canadian Bar Association about discrimination against women in the legal profession.

Her report, released in August, 1993 made 250 sweeping recommendations: she provided no factual evidence to support her allegations that women lawyers experienced discrimination by men.

Some female judges in B.C. described Judge Wilson’s report as “preposterous and offensive”.  They also officially issued a statement in which they discounted the survey’s conclusions and recommendations.

An editorial, on August 24th, 1993, in the Globe and Mail claimed that Judge Wilson’s report was more “interested in exaggeration or outright invention, the better to justify the spinning of fresh webs of directives, rules and regulations.”  The latter is typical of feminist activists.

2. Rosalie Abella – Before Judge Abella was appointed to the Bench, she had a very dim view of the objectivity and fairness of judges.  In 1987 in an article included in a feminist book, The Dynamic Nature of Equality, Abella wrote,

Every decision-maker who walks into a court room to hear a case is armed not only with the relevant legal text, but with a set of values, experience and assumptions that are thoroughly embedded.

Once she was appointed to the court, however, she had a conversion similar to that of Saul on the Road to Damascas by which she became so enlightened by her appointment as a judge that she regarded judges as “saviors of the public”.

In 1998, in the case Regina v. Rosenberg, dealing with same-sex couples’ entitlement to benefits under the Income tax Act, she stated:

She repeated her unusual understanding of the role of judges in a speech at Osgoode Hall in April, 2000 in which she stated:

The judiciary has a different relationship with the public.  It is accountable less to the public’s opinions and more to the public interest.

In short, she believes that judges know best what is in the public’s interest.  As a result, she imposes her own views on the public, apparently for their own good.  The Imperial Crown sits heavily on her head.

3. Claire L’Heureux-Dubé – She was appointed to the Quebec Court in 1973 and, even while sitting on the Quebec Bench, continued with her feminist activities.  This included being a founding and board member in 1976 of the radical feminist organization, Canadian Research Institute for the Advancement of Women (CRIAW).  In the 1980’s while sitting on the Supreme Court of Canada, Judge L’Heureux-Dubé served as the vice-president of the feminist organization, International Federation of Women Lawyers (FIDA).

In 1998-9 Judge L’Heureux Dubé brazenly gave public speeches promoting homosexual rights – especially same-sex marriage.  She became the most prominent lobbyist for homosexual activism in Canada during her tenure on the Supreme Court of Canada.

4. Chief Justice Beverley McLachlin – In a speech delivered in Calgary before the feminist organization, The Elizabeth Fry Society, in April, 1991, Judge McLachlin criticized specific areas of the criminal law which, she claimed, were the result of a “male-dominated Parliament” which did not include the “female perspective” – i.e. feminist perspective.

On December 1st, 2005 Judge McLachlin asserted in a speech that “judges can render their opinions based on ‘unwritten’ constitutional norms, even in the face of clearly-enacted laws or hostile public opinion” (Emphasis ours).  She explained that judges have this right because of their “judicial conscience”, founded on the judges’ “sworn commitment to uphold the rule of law”.  Such idiocy.

Judge McLachlin was appointed to the Supreme Court of Canada in 1989.  Her time in office has resulted in considerable harm because her judgments have changed the country to suit her own personal, secular, anti-life agenda, which is not necessarily in the public interest. Thankfully, she will be required to resign from the Bench in 2018 when she turns 75.  By that time, she will have sat on the Supreme Court for a period of 29 long years.  This long period of time has given her the opportunity to cause much damage to society.  Term-limited judges (that is, appointment for only a specific period of time) must be put in place to prevent a repeat of the long, unaccountable power yielded by Judge McLachlin.

The question that arises is – who do these feminist women think they are?  By virtue of their appointment and oath of office, they apparently believe that they have miraculously become Goddesses of Wisdom.  Their overweening arrogance has corrupted the justice system.

The legitimacy of the judicial system in Canada has always been its ability to remain aloof from political debate and to objectively interpret the law, not involve itself in public policy.  Feminist judges, as well as other judges today, rather than Parliament, are with impunity, setting public policy in Canada.  This country is no longer a democracy because of these activist, unaccountable, appointed judges.  The rule of law means nothing to them in their enthusiasm to impose their will on the country.