The UN Meeting on Drugs – REALity

The UN Meeting on Drugs – REALity 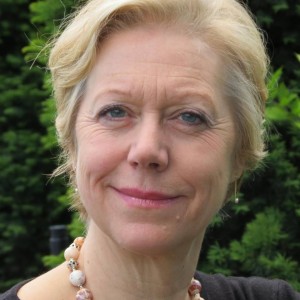 Member of SMART Approaches to Marijuana (SAM), who represented the Drug Prevention Network of Canada (DPNC) at the UN Meeting on Drugs

The UN held a meeting on drugs in New York City, on April 19 to 21, 2016, for the first time in twenty years. The meeting is called the UN General Assembly Special Session, 2016 referred to as UNGASS 2016.  Its purpose was to review the progress made in the implementation of a UN strategy on the world drug problem up to the target year of 2019.  It included an assessment of the achievements and challenges in countering the world drug problem within the framework of the three international drug control conventions and other relevant United Nations treaties.

Over 300 non-government organizations, strong in support of drug prevention, arrived at UNGASS 2016 under the banner – “Prevent, Don’t Promote”.  http://preventdontpromote.org/resources/

They were working against many organizations funded by US billionaire, George Soros, who spent $70 million at this meeting trying to bring about changes in the world legalization of drugs. He funded 213 organizations attending the meeting, including Canadian organizations. According to John Walters, former director of the White House Office of National Drug Control Policy, “The pro-legalization movement hasn’t come from a groundswell of the people. A great deal of its funding and fraud has been perpetrated by George Soros and his organizations, and then promoted by left-wing celebrities”. These include, Louise Arbour, a former judge on the Supreme Court of Canada, George Schultz, former US Secretary of State, Kofi Annan, former Secretary General of the UN, Ghana, Nick Clegg, former Deputy Prime Minister of the UK, and Richard Branson, entrepreneur, advocate for social causes and founder of the Virgin Group, consisting of 400 companies. The presence of these Soros funded groups led to a salvo of headlines. “The war on drugs is dead,” “We must reform our drug laws”. The Washington Post wrote that “More than 1,000 world leaders say the drug war has been a disaster” while the Huffington Post wrote of “Censorship and exclusion on Day One of UNGASS”. (HuffPoandWPlinks to Soros).

Soros’ organizations made quite a stir at the meeting when they were escorted by a squad of actors in 1920’s prohibition costumes in theatrical fashion to indicate it’s time to move on from prohibition. The legalizer banners read “Nice People Do Drugs” and their messaging was direct: “Stop stigmatizing drug users”, placing blame for drug users’ misfortunes at the feet of proponents of prohibition. They ranted, “No children are saved by putting mothers behind bars.”

On the other hand, today’s world leaders at this meeting reaffirmed the UN drug treaties. These treaties are the cornerstone principles of the global drug control system, emphasizing the health and welfare of humankind as the founding purpose of these treaties.

The Canadian Minister of Health, Jane Philpott attended the UN UNGASS meeting. She selected April 20th, 4/20 of all days and at the UN of all places, when pot users in Canada openly demonstrated their disregard for the law on marijuana, to announce that the Canadian government was willing to go off side of the UN by implementing legalization of marijuana in 2017. The Health Minister’s twitter post reveals that she was grinning to herself as she made the announcement, an admission that you might expect from a youngster or the likes of a tittering Margaret Trudeau, but not the officer charged with the health policies of a nation.  http://www.thestar.com/news/canada/2016/04/02/regulating-pot-benefits-kids-margaret-trudeau-tells-educators.html

Dangers of Marijuana Ignored by Minister

The use of marijuana is a serious matter because its use is harmful. There are documented cases of direct deaths of children from access to edible marijuana products, with other children suffering accidents, sometimes fatal, due to the neglect of intoxicated “high” guardians. The legalizers claim no one has ever died from marijuana use and that would be a lie. More on Soros: http://www.conservativewoman.co.uk/deirdre-boyd-strip-away-the-spin-and-the-world-has-again-trashed-drugs-thanks-russia-and-iran/

There is enough science now to state that marijuana products are not safe for human consumption. The Canadian representative from the Ministry of Public Safety attending the meeting questioned if, indeed, there was such evidence based science. She admitted that she was new to the file. The question then arises: why bring in changes in legislation when the authorities themselves don’t even have the factual data on the issue? http://preventdontpromote.org/wp-content/uploads/2016/02/Global-Scientists-marijuana.pdf
https://learnaboutsam.org/wp-content/uploads/2016/02/SAM-report-on-CO-and-WA-issued-17-February-2016.pdf

The Minister of Health took a large delegation with her to New York, all at the taxpayers’ expense. Those offered a free trip to New York were youth, indigenous people, and women who have suffered the loss of children from overdosing on opioids.  The media picked up their stories and captions read, “The war on drugs has been a war on families.”  We learned that members of this delegation were brought to Ottawa, where they were briefed and then had their travel expenses covered to support the Minister in New York.  It was an orchestrated performance.  We spoke with First Nations members of the delegation, who admitted that they had come along to advance their own agenda for recovery programs, but that they were not onside with the Government and also volunteered that they were offended that the indigenous voice was being bought and used in such a way.

Werner Sipp, the President of the UN International Narcotics Control Board spoke at UNGASS on April 19th, and condemned those countries which, “defy the international consensus upon which international cooperation depends” by legalizing drugs for non-medical uses. This condemnation obviously included Canada.

Canada has the highest rate of use of marijuana by youth in the industrialized world. The government has expressed its desire to show the rest of the world how to legalize marijuana “the right way”. This is the height of arrogance, and its position is pure politics, not sound public health policy. Given Canada’s high rates of use, we are the last country that should be showing any other country how to legalize the drug.

The fact is that the historical record and the worldwide fluctuations in rates clearly demonstrate that when prohibition and strong anti-drug messaging is delivered, the demand for and use of drugs are reduced such as has occurred in Sweden.

George Soros and his campaigners did not win the day at UNGASS 2016. The outcome document of UNGASS shows that legalization is a minority opinion—most UN Member States support the UN conventions opposing drug use.  Countries which voiced strong opposition to reducing stringent drug laws included Russia, China, Indonesia, Saudi Arabia and Iran, but they were backed by most other countries as well.

With all his money which he distributes to his many liberal causes using high profile names to support him, but with no grass roots support, George Soros is having problems promoting his personal agenda.