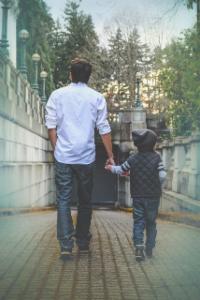 The objective of the sexual revolution was to remove all restraints and taboos that prevent an individual from exercising complete sexual license – whatever it takes.

This concept has caused enormous collateral damage to society and also has caused much human tragedy. Its effects continue to crash around us. Most recently, it is being directed at normalizing pedophilia, i.e., adult sex with children.

It’s not that this ugly issue has not been seething in the background for years, but today it has intensified. In 1996, when the then Attorney General Allan Rock amended the Human Rights Act to provide protection for sexual orientation, REAL Women warned that the expression, “sexual orientation”, must be narrowly defined so that the courts would not later interpret it to include pedophilia. Pro-life Liberal MP Tom Wappel expressed a similar concern about the expression “sexual orientation”, that, if left undefined, it could be interpreted by the courts to include pedophilia. These concerns based on real facts were ignored.

The demand to normalize pedophilia has been assisted by the so-called “intellectual” elites, i.e., misguided professors. For example, in February 2011, a professor from the University of Montreal, psychologist, Hubert Van Gijseghem, testified before the House of Commons Justice Committee that pedophilia is merely another sexual orientation and should be regarded as normal and acceptable since it is an orientation which cannot be changed.

Also in 2011, a group of pedophile activists held a meeting in Baltimore, Maryland, with prominent speakers from Harvard Medical School as well as several other US Medical Schools, and the UK London School of Economics. The theme of the conference was that pedophiles are unfairly stigmatized and demonized and that the majority of pedophiles are gentle and normal.

Currently, the large circulation newspaper, “USA Today”, ran an article, on January 10, 2022, that presented pedophilia as “among the most misunderstood condition in American Society”, and called for its destigmatization, stating that it is not a chosen attraction and that pedophiles are simply born that way.

This is the same argument that was successfully used by homosexual activists to push the LGBTQ agenda.

The article in USA Today, did not suddenly pop up from nowhere. The foundations for the support of pedophilia has been steadily building. For example, an assistant professor of the US Old Dominion University in Norfolk, Virginia Allyn Walker has written a book that challenges the assumptions that persons who are “minor-attracted persons” are predators.

State University of New York philosophy professor Stephen Kershnar, was a part of a widely shared video podcast in which he claimed that adult-child sex is permissible even with a one-year-old child.

Although the Criminal Code supposedly protects children from adults sexually preying on them, this protection may be overturned by the courts. Pedophiles are arguing that the words “sexual orientation” (undefined both in the Criminal Code and Human Rights Act), include their particular orientation, and, therefore, they are being denied their orientation, i.e., sex with children.

With more and more woke institutions and professions, such as those in the medical profession and universities, as well as the media supporting pedophilia, the struggle for reason and decency to protect young children from adults preying on them has now entered a new stage.