Today, International Women’s Day, Prime Minister Justin Trudeau announced that his government will be making a grant of $650 million over three years to promote international abortion, family planning and sexual education. This is truly bizarre.

Obviously, Trudeau is trying to please women by making this grant allocation. If such is the case, he should have first tried actually talking and listening to women before making the grant.  Instead, he arrogantly patronized women in the developing world by pushing funds at them for purposes for which they have little interest.  This grant is a colossal waste of taxpayers’ money and will do little to change the lives of women in developing countries.

This is because abortion and contraception are contrary to the culture and religion of women living in such countries. They regard their children as their wealth, not a deficit, and unlike many women in the western world, welcome motherhood.

According to a June 2, 2010 statement by The Society of Obstetricians and Gynecologists of Canada:

“80% of maternal deaths in low resource countries take place during delivery, caused by postpartum hemorrhage, eclampsia, dystocia (prolonged childbirth) and sepsis (infection)…complications during labour and birth are the main reason mothers are dying.  It seems clear that this should be the primary focus of any Maternal and Child Health Initiative.”

This is where Canadian aid money should be applied.

It is noteworthy that according to data from the pro-abortion New York based, Guttmacher Institute (an associate of Planned Parenthood), only 8% of women in Africa when asked why they did not use contraceptives, attributed their non-use to lack of access. There is little demand for contraception among African women for reasons of religion, health (side effects), culture and other factors, such as a desire for large families.  The demand for contraceptives is even less in Latin America (4%) and 6% in Asia according to the Guttmacher Institute.

Despite this evidence, the Trudeau government is enthusiastically putting money where it is not wanted. Women in third world countries believe such grants are being foisted on them as part of a new colonialism and dictatorship by wealthy western countries. According to 2014 PEW Research organization, over 80% of African countries are against abortions.  African women ask:  “why don’t these western countries ask Africans what they want?”  Why are they targeting countries that are the poorest and most vulnerable?  Africans regard this fund as modern-day eugenics to ensure that only the planned, the privileged, and the perfect are born into the world.  What women in Africa and other developing countries actually want is funding for clean water, food, education, and essential obstetrical care both during and after pregnancy. Obianuju Ekeocha testifies to this in her Twitter feed @obianuju.  As well, they need funding to contain the spread of diseases such as malaria, typhoid, polio, high blood pressure and hypertension. 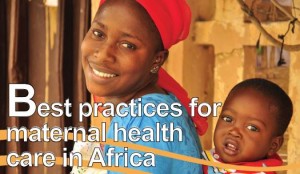 Instead, Canada under Trudeau, is imposing a feminist ideology and agenda on women in the developing world, thereby interfering with their cultural systems and values. Patriarchy carries on under Trudeau.

Liberals give a Canadian gift to international abortions March 2017