The Toronto Gay Pride Parade is in deep trouble. It is the fawning object of corporate millions, with governments (federal, provincial and municipal) also squandering money on it.  A slavish media discretely hides its ugly sleaze from the public.  Never before had the parade been more acknowledged, well-funded and politically correct than in 2016.  The parade was the fulfillment of a dream by homosexual activists.

The 2016 parade was led by selfie king, Justin Trudeau. The parade Committee had chosen as an honoured group, the Black Lives Matter movement (BLM).  The latter believes that racist police are the greatest threat facing young black men today.

It should be noted, however, that it is not mainly white police who are killing blacks in American cities where BLM originates, but other blacks choosing the evil act of murdering members of their own race. The astronomical number of black deaths by homicide is a function of the black crime rate.  For example, in New York City 23% of the population is black, but the latter commit 75% of all the shootings, 70% of robberies and 66% of all violent crime.  The reason for this high crime rate is a fatherless culture among blacks whereby gang membership substitutes for family influence.

Despite these statistics, BLM demanded that the Toronto Gay Pride Parade ban the Toronto police floats and booths from future parades and ban as well, all police presence from the parades.

In pursuit of these objectives, BLM Toronto staged a half hour sit-in at the start of the 2016 parade, halting it entirely and also issuing nine demands to the parade organizers. The parade participants were standing in the hot sun. The heat was so intense that Lisa Raitt, possible Conservative leadership candidate and former Minister of Labour under Prime Minister Harper, fainted.  In order to get the parade moving again Mathieu Chantelois, Executive Director of the parade committee, quickly signed the BLM demands.  The BLM then generously allowed the parade to resume.  Mr. Chantelois scrapped his signed agreement the following day.

A few days after the parade, the Toronto Gay Pride Parade Committee received a letter signed by the staff of the parade committee, accusing Executive Director, Mathieu Chantelois, of racism and sexual harassment. Mr. Chantelois promptly resigned.  The parade committee also experienced a backlash from some police members who had marched in the parade, as well as official police spokespersons who supported the parade and who had donated unpaid security for it. They were offended by their cursory dismissal by BLM.

As a result of all this turmoil, the Gay Pride Toronto Committee launched a number of town hall meetings to mollify its numerous critics. These meetings have shed light on the fractured organization and on the fragmentation within the LGBT community itself.  The organizers of the parade have now apologized for what they describe as “a history of racism and marginalization”, but nothing to date has been actually resolved.  The parade has become a tangled mess, led and operated by a tangled web of extremists, opportunists and ideologues. 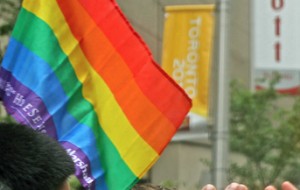