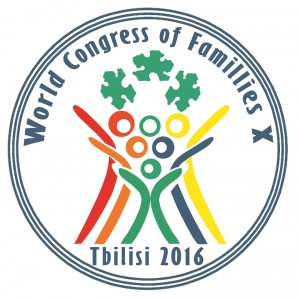 The beautiful country of Georgia will be hosting The World Congress of Families X in its capital city of Tbilisi on May 15th to the 18th, 2016.  The Congress will be held in the Philharmonic Concert Hall in the heart of the city in a room which holds over 2,200 people.  The Conference is entitled:  Traditional Family Values in the Modern World.

Topics to be discussed at the Congress include:

• Family as the natural and fundamental group unit of society
• The obligation of society and the state to support and defend the natural family
• Marriage as the foundation of family life
• The role of religion in supporting the family
• Declining fertility and Demographic Winter
• Abortion and other life issues
• Gender theory and sexuality education and how they undermine the family and parental authority
• Anti-Family propaganda in education, media and the legal system
• The Sexual Revolution and Cultural Marxism

Tbilisi International Airport serves various foreign airlines and is about 20 km from the city centre. Georgia is legendary for its beauty and hospitality

Its natural beauty, history and vibrant culture make Tbilisi a favourite tourist destination. Must-see sites include the Cathedral of the Holy Trinity, Narikala fortress, pedestrian tour in the old town as well as sulfur baths in Abanotubani, and the Georgian National Museum with its unique collections.  The ancient Georgian capital of Mtskheta, called the second Jerusalem, is a UNESCO World Heritage Site located approximately 20 kilometres north of Tbilisi.

Plan to attend this exciting World Congress of Families X. The registration fee is free and if you are a member of REAL Women of Canada you can be registered as VIP.  Call the office at 905-787-0348 to let us know you are registering. Further information on The Congress, including registration, is available on its website: http://worldcongress.ge/ or by emailing: info@worldcongress.ge.